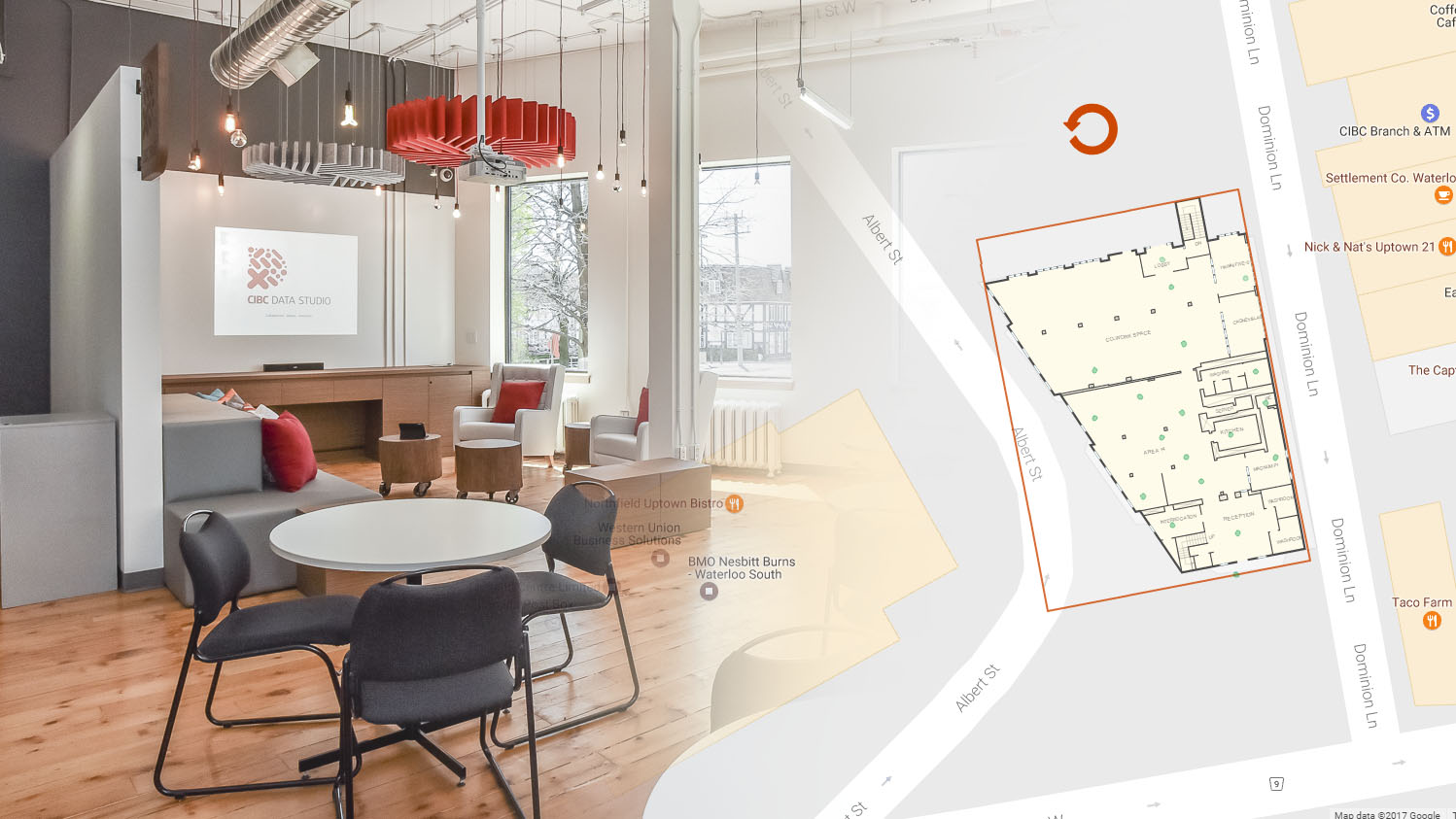 Expand your reach and empower businesses

iGUIDE Operators can now provide their business clients the key to virtually open their doors with a click of a button.

With iGuide and Google Street View Integration consumers can see, explore and interact with a space.

This is ideal to showcase restaurants, amusement spaces, indoor attractions, retail shops and much more! 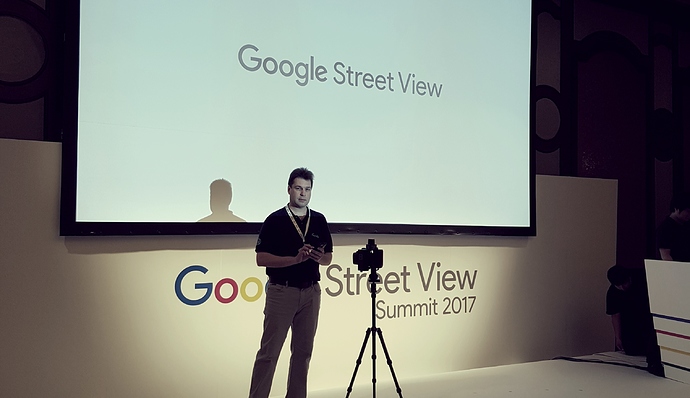 Last week Alex and I were in Tokyo for the Google Street View Summit. Alex did a great job presenting iGuide to a room with hundreds of industry professionals and Google Photographers from all over the world. We had the chance to chat over 2 days with Googlers and many of these people on how Google Photography is a part of their business.

Here are some of my findings from our time in Tokyo:

Tag Lines There were a couple I really liked:

Is this ready to go now? How do we do it? What does it cost?

@jloehle We should be ready to pilot in early June however we will spend the next month testing and building the full launch program.

As announced at the Summit, iGuide publishing technically will be ready June 1st. However, given the big issue of not being able to set a starting pano and angle, we may want to wait for Google to fix that, as currently we cannot transmit that data to Google and all published tours would have to be re-published once that option is available. Otherwise, iGuide operators will have to be careful not to publish washrooms and such or they may wind up being a title pano. Some other changes, such as setting which panos not to show in preview will also require additional data to be transmitted to Google, but those are not as critical. Other changes that Google may make, such as tweaking presentation aspects do not require new input, so should not be a show-stopper.

OK. Please let us know as soon as it can be done. I have one in the queue ready to go as my example. I also have a line of clients to get it done when they see the example.

Just curious if we’re able to produce an iGuide right now and have it later upgraded to through the Streetview conversion, once it’s ready? Also, do you have information or an idea as to what the conversion will cost so that we can work out our own pricing for now?

If you have a Business iGUIDE that you want to convert to Street View, you will be able to convert as long as you have considered the bellow criteria:

Convert an iGUIDE to Google street view requires a few extra steps in post processing (Stitch) and the data must be sent to Google after the iGUIDE is created. The process of sending the data to Google is called exporting and is done directly from the iGUIDE Portal. This process requires a few key things to work correctly:

Photospheres: Google Street view uses photo spheres. If photo spheres are not exported during post processing, it will be impossible to export the data to google maps. So make sure to enable photosheres in Stitch settings.

Google Business profile: If the business you are shooting does not have a listing on Google maps (Google Business Profile), then you or your client will have to create one. It may take several days for it to appear, so it’s best to check availability ahead of time and create it as soon as possible.

Premium iGUIDE for VR: If you are selling your client VR, you must order a Premium iGUIDE. VR is not available for Standard iGUIDE.

We will have pricing information in June. However, for the initial BETA launch it will be at no additional charge!

I hate to play this record again but in watching the Recap video of Tokyo, Streetview has categorized iGuide as Workflow ready but Matterport as VR ready. Where does Matterport fall with their abilities to post to Google Streetview? Are they still a competing system in terms of Streetview Conversion?

Hi @jordan.milani and @marswalker,
Matterport will be a competing version for us but the benefits of our iGuide system are even more relevant in the business category than real estate. Time on sight will be a significant advantage for iGuide. With businesses, we will want to get in while the business is closed and having a paid staff member accompany a shoot is essentially doubling the cost.
VR Ready is another application for the VR headset. The Google representative himself said at the Summit that the headset market is still largely unproven so the value of the VR capabilities is still very much unknown.

Totally agree!! Really excited about being able to offer this too businesses. I have talked to several who will let me keep my logo prominent in the tours.

VR Ready means that along with visual data, photospheres will have associated depth data (3D point cloud or mesh). The only use for that data that Google plans for now is to enable “more realistic” transitions when moving from pano to pano, i.e. only when using walk-through navigation. The current example of this are transitions in Matterport tours which still have significant imaging artifacts and still look somewhat fake.

VR Ready is a bit misleading, because it implies viewing through a VR headset, but currently headset tours (iGuide, Matterport and others) do not show “realistic motion” transitions between panos due to motion sickness in many users and instead when doing transitions they show fade out to black and fade in from black.

While I totally understand the, “VR Ready,” may, essentially, be marketing-speak, it matters. People hear VR and they get all excited. People may not use it, it may not be terribly-useful, but people believe it’s valuable. When someone asks about support and we give them the technical reasons for it not being supported, it just sounds like we’re deflecting.

Obviously, if it cost a ton of money/time to provide support, it wouldn’t make sense, however, if it is relatively-inexpensive from a money/time standpoint, it may be very worth providing the support for it. Chalk it up to marketing costs.

Hi Rick, the simplest answer is that iGuide technology does not support Google’s requirement for VR ready, today.
Technically, neither do any of the companies applying for VR ready. Matterport and the others in the VR ready category are still not ready to launch. They showcased an idea. iGuide showcased a marketable product.
Marketing is important which is why we rely on our Boots in the ground to share the iGuide message versus promises and marketing speak that may or may not materialize.
As Bill Gates once said during the major Microsoft / Apple battle days, ‘you know what sells better than perfect… Done.’

Except Bill Gates was the inventor of vaporware…

Thanks for your answer Kevin. I guess what I’m failing to understand is if Matterport is also “Workflow Ready” in the sense of, they can take their data and convert it to street view tours. Are they doing this inhouse the same way Planitar intends to beginning in June/July?

So I’m unclear on what this actually means to us. Does this mean we can order Google Street View integration directly through Planitar and don’t need to use the other company?

That’s exactly what it is. For a quick demo of the steps involved, see here:

To get started, read our latest newsletter.

So we no longer need to go through that other company to publish iGuides for Google Maps Tours?

I’m trying to do one right now of an amenities center–weather has not cooperated–so want to know how I should publish it for Google Maps Tours.