Why Not a Geared Head?

I just purchased the Planix. Wondering why a geared head is not usable. Is it the size of the geared head that gets in the way? Ball heads are so hard to get to the right angle.

I’ve tried my ims-5 with the Benro GD3WH geared head and it shows up in the panos because the nobs stick out too far, even though it is relatively small head. If anyone has found a geared head that is small enough I want to know. Ball heads suck 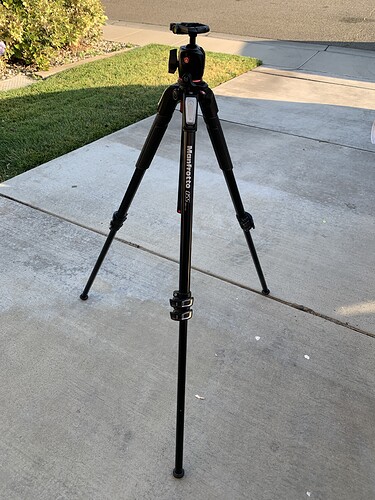 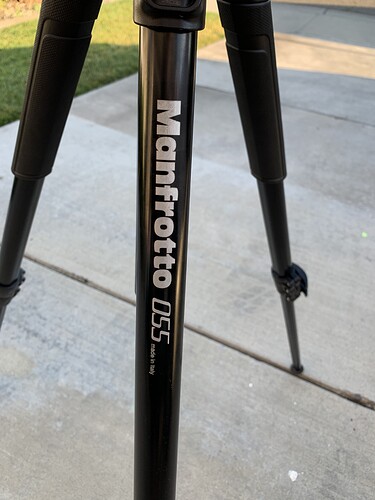 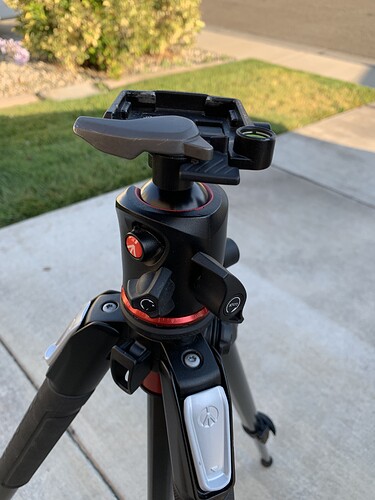 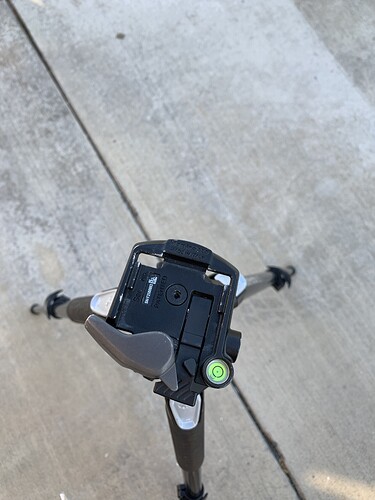 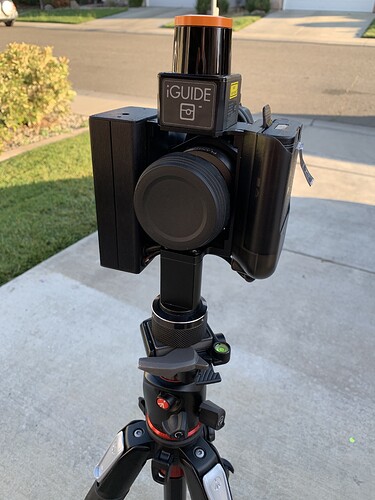 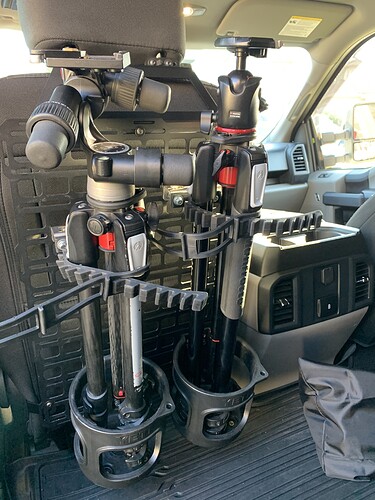 I use a Manfrotto MK055XPRO3-BHQ2 Aluminum Tripod with XPRO Ball Head and 200PL QR Plate with the IMS-5 camera. It’s very light, extremely sturdy and easy to use. Same goes for the ball head. I occasionally will have to use one screw to adjust the center the camera level. The great thing about the tripod, is you only have to drop the bottom legs to get the perfect height (IMHO) of 48" to center of the lens. In one of the images you can see that the circumference of the head is the same or smaller than the tripod when closed. At the end of each shoot, off comes the camera and into the case, and then the tripod is folded and dropped and strapped into the rack.

I have always used the same tripod for photography (only carbon fiber) and have broken two of them at the hinges on the legs. I am going to switch to the aluminum one as it is much sturdier AND no carbon fiber dust from where and tear.

My new set-up is a Manfrotto 055 Carbon with a Leofoto hybrid geared head. LOVE IT. Got the whole rig gently used for less than $500 CDN. Yay Marketplace. The head is $530 Cdn. Use the ball portion to get close to level, then fine-adjust with gears. Nice and compact.

I bought one of these. It is an awesome knockoff of a Swiss Arca head that is 2+x the cost. It is the best of both worlds. Can be used geared or like like a ball head. Best tripod head I have ever used. 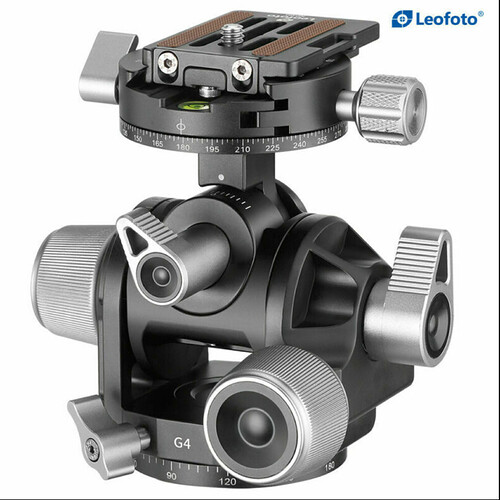 If your camera is not exactly level you will get misalignment issues. Taking the time to level it eliminates this issue.

We’ve done hundreds of iGUIDE and all of them have been mounted directly to the legs by quick release plate. Never had any issues. Much quicker that way.

If we ever do have a leveling issue we level close enough with the legs.

I mount my iguide to the same geared head I use with the regular camera, via (Arca Swiss) quick release plates. For me, that’s just as fast or faster than removing and replacing the gear head via its tripod quick release plate. Secondly, making fine adjustments to leveling with the gear head is faster for me at least than leveling with the tripod legs. But, to each their own, either method is obviously acceptable. I was concerned that part of my gear head protrude enough that they won’t be obscured by the nadir patch, but that does not seem to be an issue.

I am speaking as an IMS-5 user. I can’t comment on the Planix.

We have both ims-5 and planix systems. Both seem to work without leveling and without issue. Realistically most properties are mostly level and the slight variation is compensated for by the software.

I use a Manfrotto ball head. If I need to correct the level, it takes 2-3 seconds. It’s really not a big deal.

Perhaps @Alex can comment on how forgiving the IMS-5 and Planix are to levelling issues.

Pretty forgiving, but this cannot be defined in degrees and will depend on image content. Human eye is more accurate than a bubble level and levelling once at the beginning of the shoot will suffice in most cases. If Stitch does not correct verticals automatically, they can always be adjusted in Stitch manually via sliders.

What’s the worst outcome if levelling is substantially inaccurate? Would that affect measurement accuracy, visuals, or both?

Lidar/floor plan measurements will not get affected noticeably (<0.4%) if residual tilt is less than 5deg (after automatic correction by Stitch). Automatic correction by Stitch may not produce good results for strong tripod mis-levelling (depends on image content). Measure modes 2 and 3 will get affected more than lidar/floor plan measurements (mode 1) if pano is not levelled. So it is worth checking verticals in Stitch.

Excellent. Thanks for that info.

Has anyone tried the Planix with the Benro geared head? I’d love to use just one tripod for the photos and iGuide. If the knobs on the geared head get in the way, I might fabricate some sort of vertical riser that the iGuide can mount to via the Benro quick release plate, which will pull the lens further from the geared head knobs - eliminating the view. Might do some tinkering shortly here.

I use a manfrotto geared head, but knobs stick out similarly to the benro. Wasn’t a problem in the resulting panos, you should be ok.

Awesome thanks for the input! I’ll try it as it is for now.

Update: I’ve been using the Leofoto LH-40GR for several months now. I had a minor issue with one of the gears getting a bit sticky. I was impressed with the effort the staff at Leofoto went to trying to help me. In trying to make some adjustments I think I basically knocked a piece of dirt out of the mechanism and it works great now. I use this head for the IMS-5 and for my camera and I still LOVE this setup.

The Leofoto G2 is a fantastic geared head, and is much smaller than the base of the Planix. Unlike the Benro, it has an arca base so I attach it right on top of my ball head. Easy to put on and take off, but it ends up staying on pretty much all the time because it is just so helpful.