Direct embedding of iGuide into a Facebook post, like a video that can be played inside the post, is not possible. If you paste an iGuide URL into a Facebook post, the FB will fetch a static preview image of the iGuide. This is pretty close to embedding, however, because it shows a preview of a particular iGuide and once you click on it, it will launch the iGuide, although in a new tab.

Nevertheless, it is possible to add a live iGuide to a Facebook page as an app tab. It will appear on the left menu of the page. 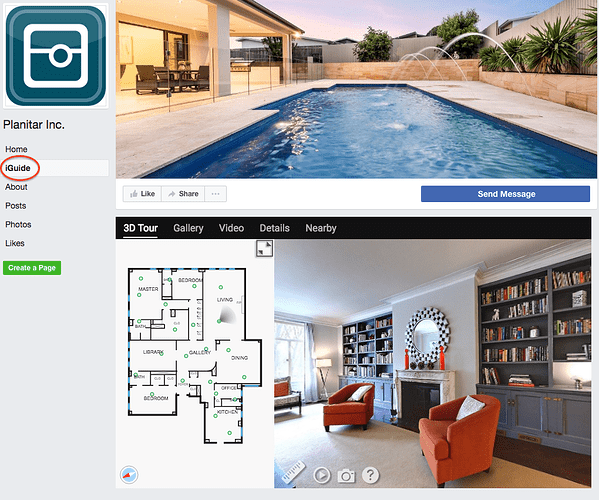 There are several Facebook apps that allow that. A free one, “Static HTML: iframe tabs” (https://apps.facebook.com/static_html_plus/), allows to add only one iGuide at a time. A paid app “IFrame tabs” (https://www.facebook.com/iframe.apps/) allows multiple iGuides, though all on the same tab. An agent could add to their Facebook Page either an “Featured iGuide” tab with a single iGuide or a “My iGuides” tab with multiple iGuides. And it has to be on a Facebook Business Page that an agent will need to create, as personal Facebook pages cannot have app tabs.

Here is how “Static HTML: iframe tabs” set up looks: 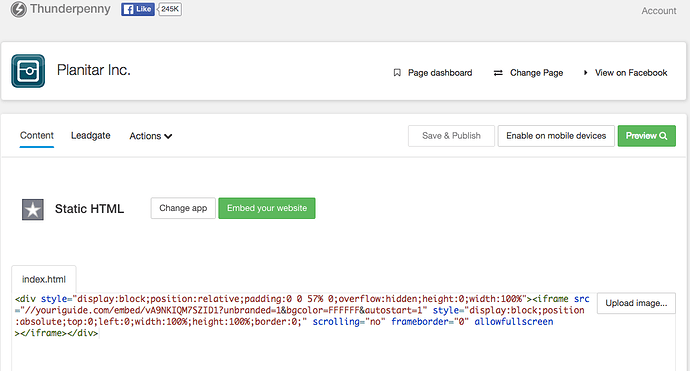 After the tab is created, its title on the left side menu of the Page can be changed through the Page’s settings.

With a single iGuide on the app tab it is recommended to enable the Autostart option in the embedding tool. When using a multiple iGuides option, it is best to use the default embedding tool configuration where iGuide loading will be delayed until the iGuide preview image is clicked.

Facebook is changing the permissions for pages with less than 2000 fans.

Evidently, your page needs to have at least 2000 fans to add app tabs to your page.

Is anyone out there getting this to work anymore? Looks like a great idea! I sometimes have an aerial video in the iGuide, and would love to offer my realtors a way to have the video autoplay (iGuide view that opens with video) and still have the whole iGuide present.

It’s too bad Facebook requires 2000 fans to use the app tabs.

This would be perfect for creating a page for premium listings.

@Alex, s there a way to change the template used for the facebook display?

Realtors would love it if they could have their iGUIDEs on FB look different than the other iGUIDEs. 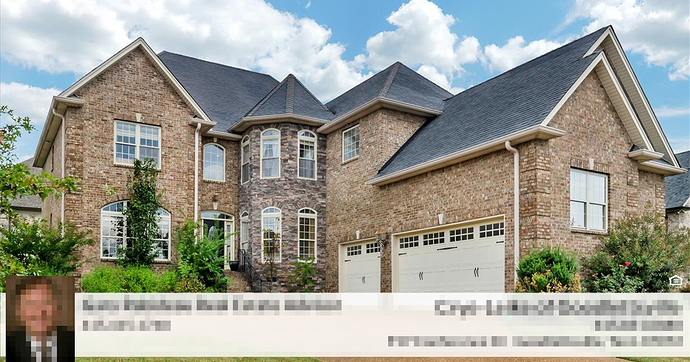